I have been playing Whac-A-Mole with Arch Linux issues on my early-2015 Macbook Pro with Retina display since moving to it from Ubuntu-GNOME a month ago. That is not to say I’m complaining about this distro. A lot of these fires have been put out for good and I’m enjoying Arch. I’ll just be summarizing most of what I’ve come across as solutions to these issues in addition to providing my own notes. 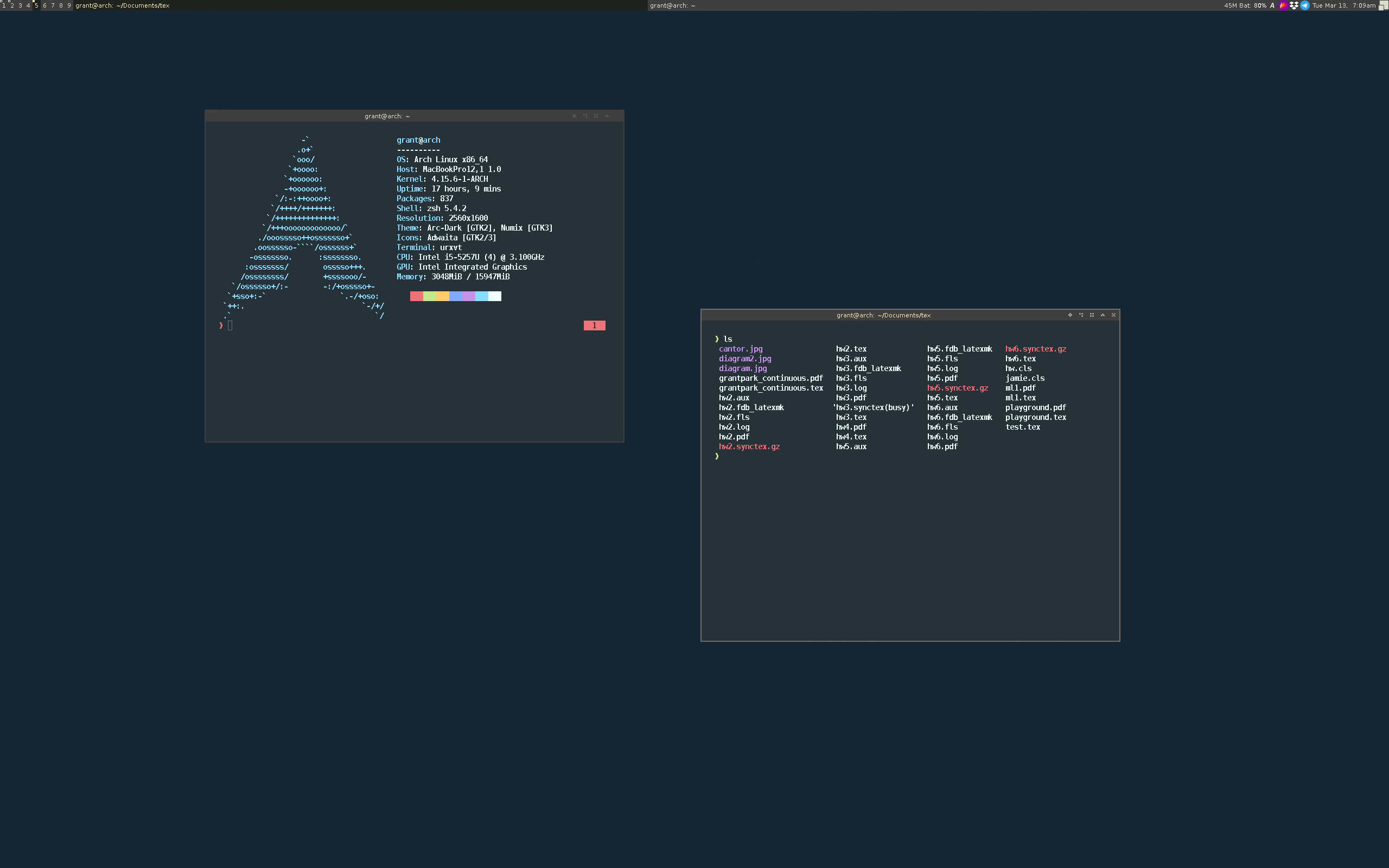 You need either an ethernet-thunderbolt adapter or a tethered mobile network to jumpstart connectivity in order to download the necessary drivers for your network card. Once you have that, thankfully, you only need the single brcmfmac driver which you can get via sudo pacman -S brcm80211.

You can use a variety of programs at this point to handle network detection and configuration. I started out using wicd and wicd-curses, but found that NetworkManager was the most robust service. You can install it via sudo pacman -S networkmanager and configure your network via the gui nmtui.

Afterwards, the following script at startup takes care of everything.

HiDPI works out of the box. I have been experimenting with AwesomeWM and i3WM, both window managers for X. As such, I have to fiddle with XRandR often and I find that ARandR makes life easier. I work with 2560x1600 by default and 1920x1200 when my old-man eyes get tired.

to /etc/pacman.conf and then sudo pacman -Sy yaourt. Afterwards, you can yaourt -s <vague-package-name or some-keyword> to install things stress free.

yaourt -s bluez and use blueman-manager for out-of-the-box success. Use bluetoothctl cli as a fallback solution for finnicky devices. Works flawlessly with my custom keyboards and my bluetooth LSTN Bolt earphones.

Bluetooth audio sounds like shit for the first time on any pair of headphones/earphones. It’s most likely that the device sink is set to HSP/HFP (Headset Head Unit). To get around this, use bluetoothctl cli and connect <mac-address> instead of going through something like blueman-manager. If you use pavucontrol, the device will auto-appear afterwards and you can select A2DP for the sink.

Play/Pause and Next/Prev don’t magically work without binding them to commands in your environment. I don’t know of any popular CLIs, but playerctl has worked very well for me. I use it with Spotify and QMPlay2. Example of usage:

Nope, doesn’t work out of the box. This experimental driver works pretty well for me. Make sure you unload bdc_pci before inserting the kernel module via modprobe -r bdc_pci.

If you are facing this common issue (which has a million misleading solutions online) you can fix all your problems by adhering to the community that uses base16. So far, I default to using .Xdefaults and .Xresources with base16-xresources and vim reads its colors from that as well. If you stick with base16, you won’t end up with unexpected colors that result from mixed offsets. I currently use the Base16 Material Theme which looks like: 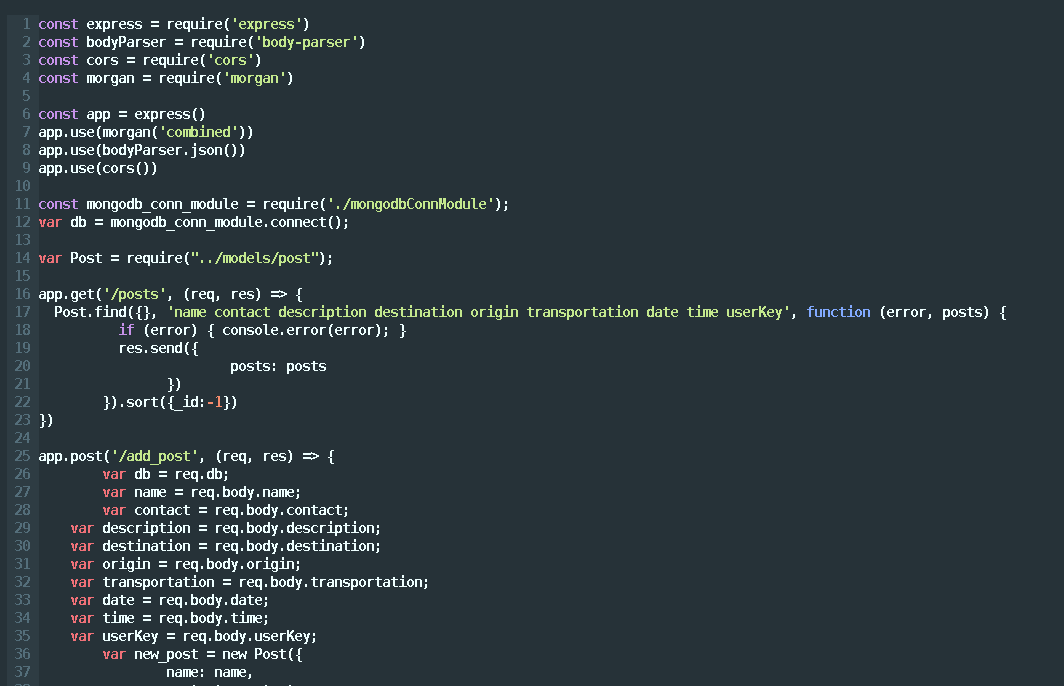 You can demo a bunch of base16 themes here.

You can find my configs here.